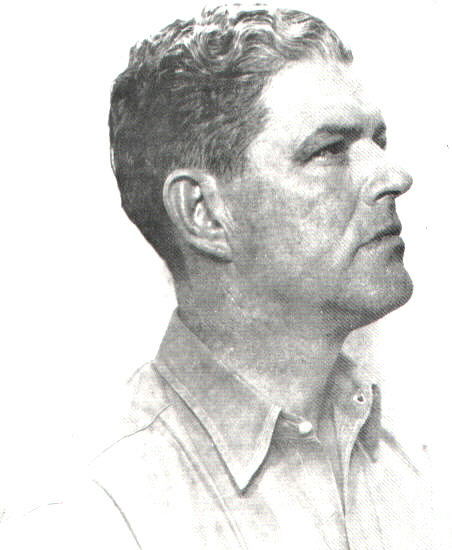 It’s not documented when Cole Agee came to work with P.O. Ackley & Co. in Tinidad, Colorado. It was probably in the time frame of 1946 and 47 as Cole appears in company photos that are presumably from those years.

Ward Koozer contracted polio which left him in a wheel chair.  He appears in a company photo at this same location in a wheel chair with Cole Agee next to him.  It is known that Koozer left the company in 1947.

In Jink Howard’s book, Cole Agee, Texas Engraver he documents Agee at a Ft.Worth address in 1951. So while I cannot give exact dates, I can say that Agee was working with P.O. Ackley Inc. for at least two years.

I never located any details on what happened between Cole Agee and P.O. Ackley, however there is a

letter in the Jink Howard book mentioned below that states that Ackley considered Agee to be “all kinds of a crook”. Obviously, P.O. and Agee did not part on the best of terms.

Agee was a well known engraver during his lifetime.  He did work for many well known people including John Wayne.

Cole Agee is probably best know for his “Cattle Brand” engraving, a style which Agee initiated and later taught to Weldon Bledsoe.  Mr. Agee died in 1955.