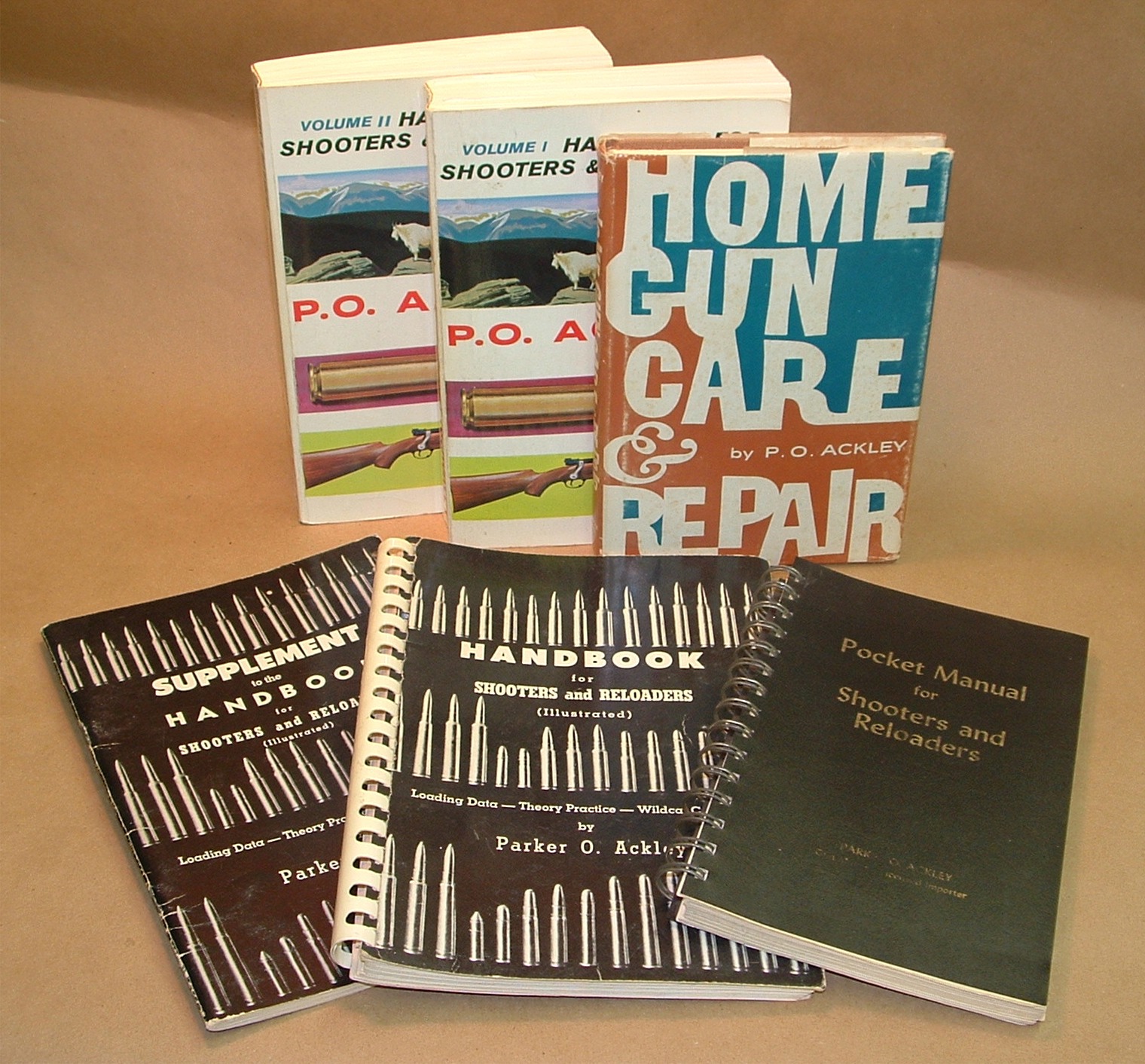 A friend told me a few years ago when we were talking about teaching gunsmithing, “You have the curse of knowledge.”  From time to time I am reminded of this idea when I see comments from younger shooters that say things like, “Ackley wrote a book?”  That’s actually what prompted this post, when I read those words it reminded me that we have to tell the younger generations about the history we know, not assume that everyone knows.

P.O. Ackley was a prolific writer.  If people will take the time to read and learn he preserved a huge amount if valuable information for them.  You can literally save years of experimenting at the range by reading the work of those who went before you.

Books were far from the only writing that Ackley did.  He wrote columns for both Guns & Ammo magazine, and Shooting Times magazine.  He started writing for Guns and Ammo around 1960, Ackley offered technical advice in a Question and answer format for the magazine.  Ackley wrote the Gunsmith Column for Guns & Ammo Magazine until 1974.    In the November issue for that year P.O. is listed as the author for the column but J.B. Wood was the actual contributor for that month, in the December issue J.B. Wood is listed as the Gunsmith Column author.  Wood said, “Well, it went like this—In 1974 Parker was doing “The Gunsmith” for both G&A and Shooting Times.  This was a little weird, as these publications were fiercely competitive (if you wrote for one, the other would not accept your articles!)  for P.O. Ackley, they obviously made an exception.  In mid-1974, P.O., who was growing older, told G&A he could no longer do the column for them.  They called me and I did the column from November 1974 to January, 1982.”

In Shooting Times letters from readers, “Times Flyers” October 1962, a J.D. Tanner of Jamestown, Colorado wrote in, “After some twenty years in the gunsmithing field, I feel I can pretty well judge your articles for accuracy.  Parker Ackley is tops and knows his business—always gives proper answers to queries.”

He wrote for “Shooting Times” magazine from it’s inaugural issue in March 1960, an article called, “Those Tricky Barrel Steels” under his column “The Gunsmith.   Ackley wrote his gunsmith Q&A column for Shooting Times until 1981.  His final column for the magazine ran in the January issue 1981.  So, for twenty-two years he was “The Gunsmith” to the readers of Shooting Times magazine.   According to J.B. Wood, “In 1981, P.O. Ackley told Shooting Times that continuing a monthly column was just too much trouble.  The Shooting Times people called me, so for the second time I took over from Mr. Ackley (as they say, a hard act to follow!).”  Since Mr. Wood had taken over to P.O. when he retired from his column in “Guns & Ammo” magazine earlier.

In a letter to a friend P.O Ackley said, “I took on another magazine column lately which I shouldn’t have done.  But they begged so hard that I gave in.  This magazine is a new one called “The Gun Journal”.  It looks as though it may be a success.  Anyway they are a lot easier to work for than any of the others I have ever written for.   One of the reasons is that they agree with me in that all the letters that are sent in for information should be answered.” It is likely that these comments refer to Handloader, Ammunition Reloading Journal and Rifle Magazine, by Wolfe Publishing.  Ackley remained on the masthead of this publication from it’s for the first 31 issues, retiring from it in early 1970.

Ackley did write a sixth book.  I spoke to the people that own it and they are thinking about having it published.  My understanding is that the subject of that book is more about barrel making and P.O.’s experiences in the gun business.

If you found this interesting, there is much more to learn about P.O. Ackley.  Check out the book, P.O. Ackley, America’s Gunsmith.